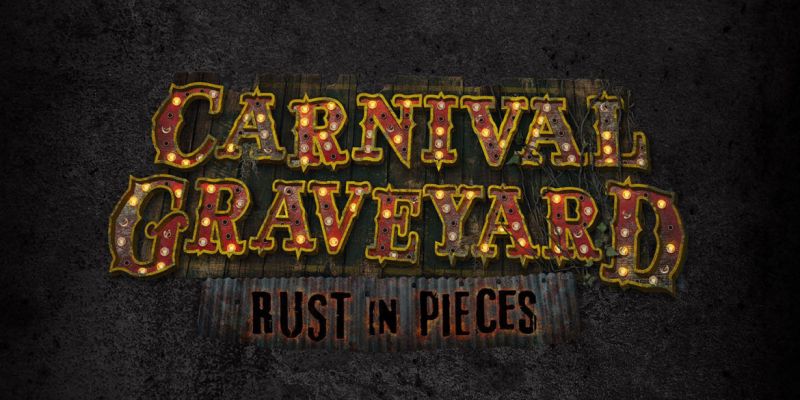 51 days and counting until opening night of Halloween Horror Nights 28.

There have been a couple of new announcements since I last update about the event!

Late last month Universal rounded out the event scarezones with some surprising intellectual property zones. I say surprising simply because I managed to miss both of these when researching 1980’s horror films. Well, not missed so much as didn’t give much thought to since I was kinda of hoping for other things.

When it comes to clowns, it’s no secret that I was praying, hoping and wishing to see Pennywise at this year’s event. With the announcement of the Killer Klowns from Outer Space (1988) my dreams of the ultimate killer clown were dashed. Not to say I’m not pumped for what Universal plans on doing with the scarezone. It’s been some time since I’ve seen the movie so it’s on my massive to-do list once I have time.

Next up on the list is everyone’s favorite killer plaything. Charles Lee Ray was first introduced to the world in Child’s Play (1988) and it better known as Chucky. I dismissed the possibility of Chucky making his way to HHN28 simply because I am exhausted by the character.

He appeared last year in Hollywood as the Host of the Terror Tram: Titans of Terror which really felt like the world’s longest commercial for Cult of Chucky (2017). The Terror Tram also featured Jason Vorhees, Freddy Kreuger, and Leatherface. It was probably the most enjoyable part of my visit to Halloween Horror Nights: Hollywood and that was mostly because of the photo-op with Normal Bates…

SIDE NOTE: I rode the tram twice in an effort to get a quality photo with him and it didn’t happen because apparently no one in Universal Hollywood knows how to take a picture.

Anyway, I remember enjoying the first three Child’s Play films but it lost me with Bride of Chucky (1998) and it was all downhill from there.

The future of the franchise is up in there air. There are some talks of a Nightmare on Elm Street crossover (because that went so well with Freddy vs Jason (2003)) but who the hell knows. There’s also some talk of a TV show, because, why not.

My best guess is that Chucky showing up this year is to help garner interest in the franchise once again. Granted, he just showed up in Ready Player One which I’m watching right now and I’m amused.

So there we have out full line-up of scarezones to be featured at Halloween Horror Nights 28. To recap quickly:

Next, let’s talk houses. We know that this year’s event will feature more houses than ever with a record 10!

Here’s what we know so far:

For IPs we know very little but we are excited to welcome Stranger Things into the fold along with Trick R’ Treat. We’ve also got some  original houses to look forward to including Dead Exposure: Patient Zero and Slaughter Sinema.

So what about today’s announcement?

Let’s run away and join the carnival. Check it out:

Welcome to the lineup Carnival Graveyard: Rust in Pieces!

I’m reminded a bit of Left 4 Dead 2 on this one which featured one of my favorite boards: Dark Carnival.

I doubt they have anything to do with each other but I’m excited either way. There is nothing I love more than abandoned places and amusement parks top that list like crazy. I’m super excited to see what Universal Creative has come up with for this twisted adventure. I have a feeling we’ll be seeing some clowns in here as well.

I’ll be real: clowns freak me the hell out.

Given the success of original houses last year, I’m excited to see so much attention given to them this year. We now know more original houses that IPs and we still have 5 houses to go!

That all being said, I’m looking forward to seeing all my HHN friends again really soon!

See you all real soon!