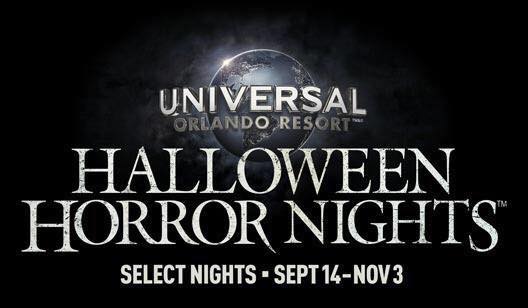 Well, it was one year ago today that we got the announcement that American Horror Story would be returning to Halloween Horror Nights. Naturally, this morning the social media world was buzzing wondering if we would be getting any announcements today and Universal did not disappoint.

It has officially be confirmed that Halloween Horror Nights 28 will be running from September 14th– November 3, 2018.

Tickets are on sale now… kind of. They are offering a BOGO ticket flex ticket. So no packages or Frequent Fear Passes yet but I assume those will be trickling along soon. This current offer ends in June so I’m not quite sure what they’re going for with this advance sale but you go girl.

Other than that nothing but more rumors have come to pass. Here’s what the latest press release had to say:

This year’s event will be the most intense yet, bringing some of the most terrifying names in horror – both from the past and the present – to life in nine all-new haunted houses and five sinister scare zones throughout the park. Guests brave enough to enter the event will encounter everything from iconic horror films to cult classics to terrifying hit TV shows to disturbing original stories that only the twisted minds of Universal’s award-winning Entertainment team could imagine. And when they need a break from the screams, guests can enjoy Universal Studios’s exciting rides and attractions.

From that we get:

So do with that what you will…

Based on all this, however, I’m keeping all of my theories in play. So here are my latest thoughts.

As a reminder, I really know nothing and I’m basing my guesses on Internet rumors and hearsay. Nothing is official until Universal announces it and then I excitedly repeat it.

THOUGHTS: Stranger Things is a hit that I haven’t taken part in. My current thought process is that if they announce it as official, I shall watch. Otherwise, I never really have time to invest in new shows so it can wait.

Part of me is starting to wonder how American Horror Story would fare as a scare-zone. My thoughts are along the lines of the Icon street we had during HHN25. Vignettes featuring highlights from each season?

Granted, I trust Universal Orlando over Hollywood at this point.

Rumors are still swirling around The Thing and The Fly as well as some talk of an all Hitchcock-inspired house. None of which I’m particularly pumped about. I haven’t been overly impressed with any of the “classic” mazes of the past so I’m hesitant to get excited about anything like this.

I was more excited about the original houses like “The Fallen” and “Scarecrow” last year. “Dead Waters” was pretty for sure but nothing I felt overly excited about. “The Hive” was just sad

No need to dread.

I am noting that there has been no mention of entertainment as of yet. With Bill & Ted gone, there’s no word as to what will be filling that spot but the David S. Pumpkins rumor is still holding strong. Also no word on the return of Academy of Villains but I would be willing to bet that we’ll be seeing them again.

So there we have it. All we know and don’t know so far about the return of Halloween Horror Nights!

2 comments on “Halloween Horror Nights 2018: You Know Nothing Jon Snow”