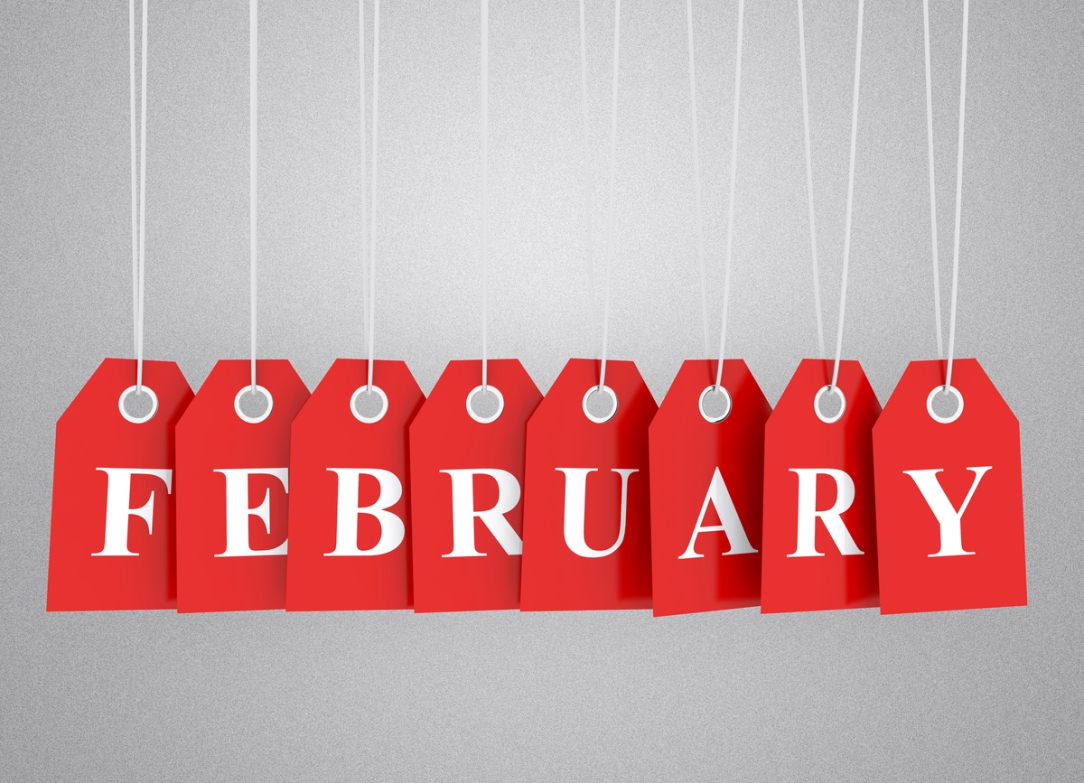 I’m sitting down the write this at 7:00am on Wednesday. You’d think that I was just waking up and getting my day started but in reality, I haven’t gone to bed yet and I’m not wide awake but I’m pretty damn conscious right now. I would also like to thank those that expressed concern at my lack of Transformation Tuesday post yesterday.

I’m not dead, I promise.

The lack of post wasn’t fully intentional. I even had it on my calendar! I woke up Tuesday morning with a migraine and it did a number of me. I managed to head it off and prevent it from ruining my day but I ended up sleeping it off for the remainder of the morning. Then it was off to work.

Now I’m just being a zombie.

I was planning a February wrap up post for today anyway and since it would have been coming off the heels of a Transformation Tuesday post, I’m kind of okay with skipping yesterday.

This week was a rough one. Apparently, I have been exhibiting a high amount of emotional distress, which has lead to my bouts of insomnia, exhaustion and other fun side effects. I know I have a lot of stress going on behind the scenes that I’m not willing to put out there for the world. I’ll write about a lot but sometimes there are limits.

I also really haven’t had anyone to talk to about it which is likely what’s adding to my stress.

At the end of the day, I try really hard not to be the person that airs their woes every two seconds. We’re all alive, we’ve all got problems.

This too shall pass.

I haven’t worked out in a hot minute which is frustrating because  really wanted to get that on track. But I’ve been exhausted and the lack of sleeping isn’t helping anything at all. A good mountain of what is stressing me will hopefully be coming to an end in the next 24-48 hours so that will help.

It’s now Wednesday and I’m a tad behind on my weekly goals. I have today off so I’m hoping to catch up in between all the other things I need to get done… including sleeping… eventually.

Flash forward: It’s now 5pm. I wrote that last line and felt tired enough to crawl into bed. I did get a few hours of what was basically a glorified nap. Stress dreams kept waking me up and next thing I knew my alarm was going off. I had a meeting this afternoon so staying in bed wasn’t really an option.

I ate my first food art 4:30. It was goldfish crackers.

To add insult to injury, I got my schedule for next week and it looks like today will be my full weekend and then back at it for five. I’ll have two days off next week but that’s next week and not helpful now.

…FUN FACT: I fell asleep on the couch. It’s now 10:00pm. There’s something horribly wrong with me.

Despite some setbacks (and the fact that I really just want to go back to sleep right now) February was a great start to what I hope to accomplish this year.

I’m happy because I’m leaving this month with a better understanding on a few things and I’m looking forward to starting on a fresh page tomorrow.

This was my biggest area of focus this month. I knew this was the thing would be the most challenging yet the easiest habit to get into. I came up with a realistic savings plan based on my income and current situation. I looked at every subscription service, every credit card and every bill and create a budget based on them. I eliminated what wasn’t necessary and kept what was. I even looked into reducing the cost of some things that I couldn’t eliminate entirely.

When it came to saving, something I had started doing in January was taking $20 or 20% of my take home tips from the restaurant and setting it aside. I researched some online savings accounts and came up with Capital One 360 Savings where I’m now sending this money. I’ve also redirected my book royalties and paychecks from the restaurant there (they aren’t much so I won’t be missing them from my regular account).

I’m also looking at other ways to start saving and making some additional money.

We’ll see how it all goes!

I’ve hit a spat of writer’s block with “You’re Doing It Wrong” and it’s driving me insane. I’ve also been starting to feel a lot of doubt about the whole thing. I’m not entirely sure where it’s all come from but I’ve started wondering if it’s all worth it.

I’m sure I’ll get over it and keep going. I’ve been reaching out to literary agents and so far have only heard back from one. Nothing to get excited about. We’ll see how the others go?

Blogging this month was fairly steady. I’ve started to think of some fun adventures to go on to write about. We’ve also got Flower & Garden going on at Epcot and I need to get over there. I’m going to see if Kayla wants to go there soon.

I’m on my third book of the year! Currently reading Kill Switch by Jonathan Maberry. It’s book 8 in the Joe Ledger series. I’ve fallen behind on the books so I’m trying to catch up. The 10th on isn’t coming out until October so I have plenty of time though I’m going to be sad once I finish number nine and have nowhere to go for months on end.

February was on and off when it came to working out but I’m getting there. I’m currently sitting at 189.4 lbs which is down from the beginning of the month so there is some progress there. I went shopping today so I’m going to try to get some meal prep done tomorrow morning before work.

I FINALLY signed up for the Dark Side Challenge at Disney today. I was hearing rumors that it was nearing sold out status so I bit the bullet and signed up. I have been running this since its inception so I wanted to keep my status as a legacy runner. I won’t be running the 5k with Andy, Carm and Erica but I’ll at least be out there for the big races.

I don’t have a decision about Wine & Dine weekend yet but I’m leaning towards a ‘no’ on it since I don’t want to spend the money. I’ve also got my eye on returning for Dopey and that’s going to cost a pretty penny. Registration opens in April so I have some time to think about it and save.

So that all said, it’s time to start thinking about what’s on the agenda for March!

MEME OF THE MONTH: