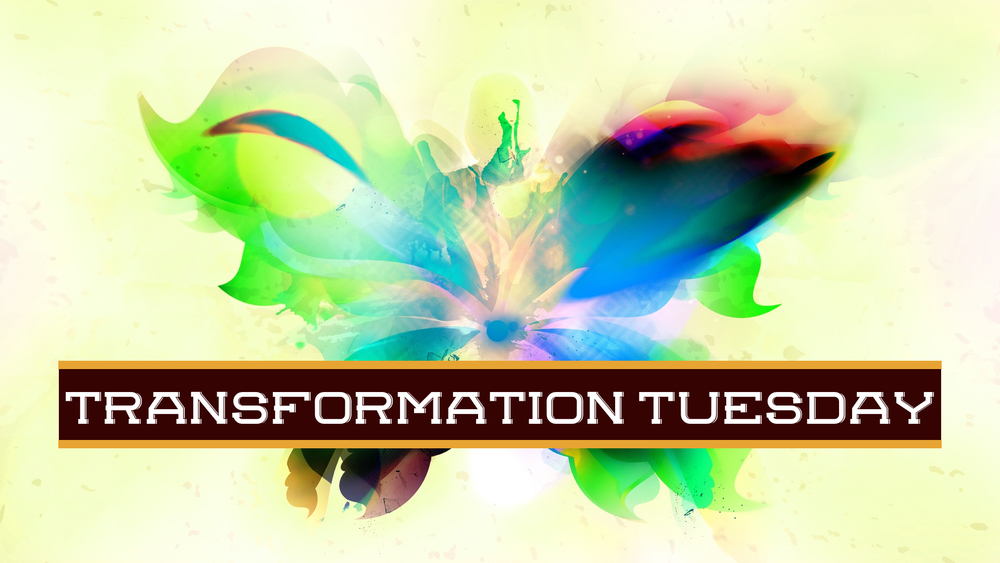 The Great Big Decagon of Life

I’m gonna go ahead and admit that this has not been my favorite week- matter of fact, it’s been downright stressful as hell. I can’t really pinpoint why, but I know that I’ve been emotionally drained to the point where I have spent far too much time sleeping. A fine example would be that it’s 4:30pm and I’ve just now found enough energy to sit upright and even that was a struggle.

There’s just been this lingering storm cloud I feel is hanging over my head. I can’t shake the damn thing. I’m in a funk and I know it. I refuse to let that keep me from achieving my goals. Though I have been far from perfect this week, I’m not going to let it bother me. I’m human after all so I’m allowed to slip up- what’s important is not letting a slump become the norm.

I’ve been back on a bad sleeping pattern lately because I’ve  been trying to get ten million things done all at the same time. I was reminded of the college triangle. Ya’ll know about this? Here’s a look at it: 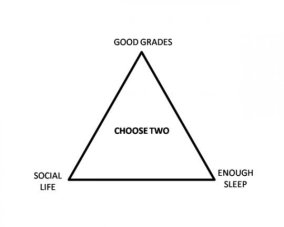 Then there’s what people really feel that this should look like: 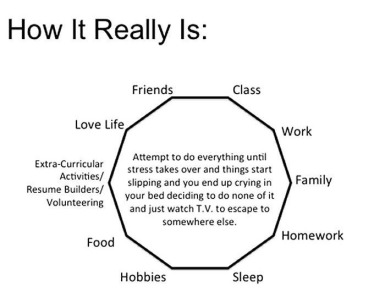 And here’s what I’ve decided that mind looks like: 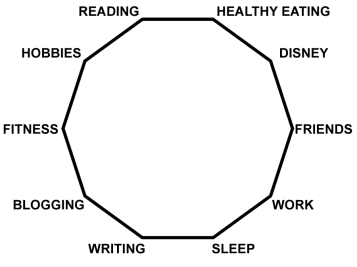 There’s no time for it all though I’m trying to figure it out. I decided to buy a planner for the first time in years. I went with The Simple Elephant from Papercode. I just arrived the other day and I haven’t started on it quite yet, but I really like the concept and I’m excited to get started. I haven’t kept a physical planner in years but I think it might help over the online calendar I have been using. I like something tangible.

We’ll see how it goes.

Here’s how it all feels: 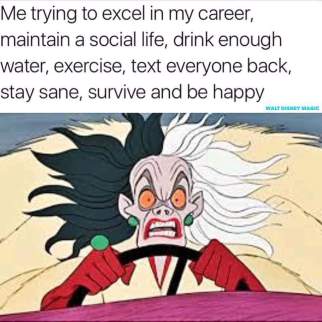 Here’s a look at the last week!

I’m honestly a little shocked that I dropped at all this week. I did quite a bit of eating, particularly on Valentine’s Day.

There’s been a bit of a catch-22 going on with me this past week, especially pertaining to my seemingly persistent state of emotional distress and lack of energy. I know that one of the best ways to tackle this is to get some regular exercise and some healthy eating. But I don’t have the damn energy. It’s a vicious circle.

I did get some workouts in this week with the Country Heat program but I left out the 21 Day Fix stuff I wanted to do. I had also wanted to add running back in to begin preparing for the Dark Side Half Marathon in April but that has yet to happen. It will.

My goal for this coming week is to figure out the best way to budget my time to get in the workouts that I want. I’m sticking with my goal of working out at least five times a week despite falling short this week.

It’s just a bump in the road, certainly not a reason to give up.

I certainly didn’t blog as much as I would have liked this week but I also felt like I had very little to say. I’ve been working so much that nothing overly interesting had happened elsewhere in life. The few things I do have going on aren’t something I want to broadcast publically. At least not right now. We’ll see in the future. But probably not.

I have been writing though. I have just two chapters left to wrap up and “You’re Doing It Wrong” is officially done. I have put some feelers out to some literary agents in the hopes to get this thing done right. So far I’ve got one rejection and waiting on a couple more to get back to me. I’m still shopping around at other agencies but I’ve submitted to my top choices right now.

Thank god for audiobooks! This week I managed to take in Simon vs. The Homo Sapiens Agenda. Not the greatest book in the world but it’s important to remember that it’s a young adult novel. The beginning was rough and I was really annoyed with the writing. It felt like the author was trying too hard to appeal to her market. More so I can’t help but wonder if she was getting paid by the random pop culture references over quality.

All said and done I enjoyed what it was and am happy to have gotten to read it before the movie comes out next month. Hopefully that is better.

I will said, if you haven’t checked out Audible yet for audiobooks, I really encourage it. They’ve been a lifesaver for long roadtrips and other times when music just isn’t a good fit for the mood!

Matter of fact, you can actually try audible for 30 days and get two free audiobooks! I’ve been using them for a few years now on and off and really enjoy the service.

Not really much to report here since my last update. I’ve got my savings account all set up. My plan will be to deposit the money I’ve set aside from serving on a monthly basis. I set up my direct deposit from the restraunt to go into that account (we’re talking paychecks ranging from 17 cents to $30.00 so I won’t be missing it in my regular accounts). I also have my affiliate accounts heading to savings as well. I don’t use affiliate links here all that often and when I do, the returns aren’t astronomical so it only makes sense to let that money head into savings.

Lastly, I have moved my royalty payments from my first book “Cyberbullying: Perpetrators, Bystanders and Victims” to head to savings as well. They were already going into my regular savings account but with a better interest rate on this new one, it only makes sense to send it there instead.

My hope is that all these little things will start to add up.

Additionally, I’ve be able to really look at my spending and cut back. I haven’t reloaded my Starbucks card once this month and I’ve certainly cut back on visiting. This was a hard one but when I looked at how much I spent there last year, I had to rethink my priorities.

Additionally, food was my biggest spending category last year. It’s understandable when I’m on the road but when I’m home, it’s ridiculous. The biggest struggle is when I’m at work. I’ve been trying to remember to bring snacks with me so I’m not tempted to buy food.

That’s gonna be a big focus for this week.

It all ties together.

For now, it’s taken me two hours to write this and it’s now 6:30. I obviously needed a mental health day according to my body. I’m still feeling drained right now, hence the struggle to write this. I do need to get my act together and go to the store for some food since I know I’m going to want to eat at some point.

Here’s my MEME OF THE WEEK: 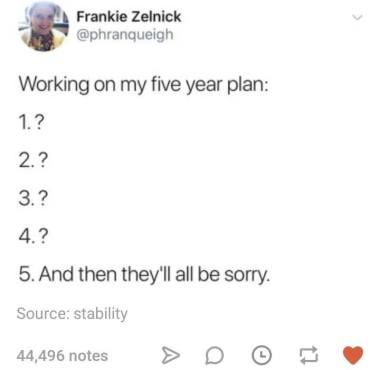 5 comments on “The Great Big Decagon of Life”