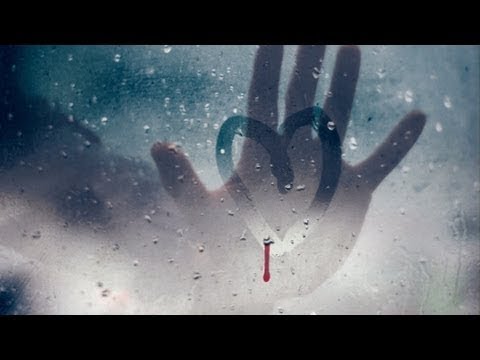 UPDATE: “You’re Doing It Wrong” is now available on Amazon or wherever books are sold! Click here to buy.

Last night I gave my Instagram followers a chance to vote on which chapter from my upcoming book I should post. It was between what you see here and “Everybody Poops.” After 9 hours of voting it was a VERY tight race but this chapter, “Back Luck & Hard Love” won with 51% of the votes.

My only disclaimer would be that this is a lead-in chapter so it does leave off on a bit of a cliff-hanger so forgive that. Also this hasn’t been fully polished so there’s a good chance there are typos.

Please enjoy this sneak preview, I’m so excited to be able to share just a small part of what’s to come!

Let me paint a picture for you.

It’s Saturday night and you’re hanging out at home after a long day of probably doing nothing. You’ve opted for the night at home because the alternative was leaving the house and having to deal with people and that really doesn’t sound like much fun at all. You’ve made up your mind to fly solo for the twentieth Saturday night in a row, alone, with the cats, holding a marathon of some show on Netflix with a large pizza all to yourself and a bottle of wine.

At first, it’s the usual nonsense: a random inspirational photo that your mom posted that, for some reason, is highly distorted and pizelated, someone complaining about their [fill in the blank], something political and lastly EVERYONE IS GETTING ENGAGED EXCEPT FOR YOU!

If you are anything like me, there is really only one thing to do in this situation: open that second bottle of wine.

Then on Sunday morning when you’ve woken up from your pizza shame feast and shake off the wine headache, you will join some sort of dating website or app. You will fill out your profile with something you believe to be charming and fun, upload the best pictures you have of yourself, browse around and send some messages. By the following Saturday you have received no messages from anyone that you’ve wanted to hear from and received plenty of messages from creeps and perverts. You delete the app, open a bottle of wine, order a pizza and pass out watching Netflix.

I have never been very savvy when it comes to the world of dating and love and I find I tend to take a very Liz Lemon approach to the whole thing, “I just wish I could start a relationship about twelve years in, when you really don’t have to try anymore, and you can just sit around together and goof on TV shows, and then go to bed without anybody trying any funny business.”

Now don’t get me wrong, there is nothing more amazing than that electricity you feel when holding someone’s hand for the very first time. That amazing awkwardness of going in for that first kiss, praying you read the situation correctly. Staying up late and talking about everything and nothing all at the same time.

These are things that I love.

Then I just want to skip to the part where we’re feeling no shame while digging out a wedgie and staying in bed all day while trading sexual favors for trips to the kitchen for snacks.

This is the dream.

This is also pretty much my ulterior motive for writing this book. I’m just going to hand it off on each first date I go on and tell you to read it. If you can make it through all of these deep dark nonsense and want to come back for a second date, there’s a good chance I’m just going to propose right then and there.

The truth of it all is that dating the world of apps and whatnot has become nothing short of a nightmare. I’ve pretty much tried every dating web site and app the internet has to offer and I can honestly say that I’m not a fan of any of them. I also suffer from social anxiety and have a job that has me travelling more than I am home so the internet seems like my best option a lot of the time.

Well either online or by referral.

I have tried the whole “meeting someone in the real world” thing but that has also posed its own problems, because, as a gay man, it’s not as simple as approaching a cute guy and asking him out. There is so much more than that.

I explained this recently to my friend Taylor so I’ll offer you the same insight I gave her.

Say Taylor and I are hanging out at a bar together, having drinks, talking shit about people we hate, and other fun things. As we are enjoying the night we happen to spot and attractive gentleman across the room. We both have the same thought: we’d love to go talk to him, make out with him, maybe even touch the butt.

Statistically, if Taylor were to be the one to walk over and say hello she has about a 75% chance of succeeding in flirting and scoring the digits (seriously, she is a rock star, she is getting those digits. I, on the other hand, have a 75% chance of one of the following things happening:

For the record, I have had all thing of these things happen to me while flirting with the wrong person in a bar. Thankfully not all at once.

“But Josh, why not just go to a gay bar and charm the boys with your smolder?”

First off, despite her best attempts to teach me, Rapunzel has yet to help me perfect a smolder that doesn’t look like I just farted and I’m not praying no one noticed. I did try to take a master class with Flynn Rider himself but I kept getting lost in his smolder and the whole lesson was rendered moot.

Second, I’m not really the biggest fan of bars, much less gay ones.

I truly despise the environment of bars because I am officially an old fart. Drinks are expensive, it’s loud and you are constantly having to yell, and people tend to be at their stupidest when in those situations. Gay bars are just as bad but so much louder because that is where bachelorette parties go for some reason.

And through all that I decide that online dating is my best option.

But I’m terrible at it.

My biggest problem is that I never know what to say in that first e-mail. It’s so damn uncomfortable so I tend to aim for funny and charming. This usually results in me coming across as a babbling idiot. Granted, that idiocy has one me a few dates but those don’t usually end well.

One did result in a relationship but he turned out to be a complete psychopath.

That’s a story for another book.

Now, you’re probably thinking to yourself, “but Josh, I’ve read this far in your book and you are so damn charming I would date you in a heartbeat!”

Thanks, but you’ve never received a message from me on a dating web site.

How about an example!

Here is an actual e-mail I sent to one guy on a dating site shortly after I had moved to Florida and, rightfully, did not get a reply to. My prompt for the subject matter stemmed from something I read in this guy’s profile.  Under the section “Most Private Thing I’m Willing to Admit” he had written, “I hate most elderly people I meet. It’s bad, but I’m working on it.”

Here is the message I sent him:

I must say that there is nothing wrong with disliking the elderly. I have found, over time, that I can’t stand about 90% of them. There are some cool ones out there, but now that I have moved here and live among them- I’m starting to hate them.

I was actually driving down from Georgia the other day and had an old man and his wife riding my ass on the highway. I was already going well over the speed limit but that wasn’t enough. Rather than move out of his way (as he was obviously in a hurry), I slowed down and sped up accordingly as he either rode my ass or tried to get around me- because I’m a jerk. Eventually he won and passed me but not before he AND his wife flipped me off.

Now that I’ve relived this story I’m not sure if I hate them or admire their tenacity. I think it’s a little of both.

I’m glad to have gotten that off my chest. If you need any more rambling stories please feel free to reply back and I can perhaps entertain you with more delightful stories over a Starbucks latte or other adult beverage.

P.S. This message is totally not what I had intended but I feel it fits so I’m sticking with it. God speed.

I should point out that was completely sober when I sent this message.

I really shouldn’t be allowed to interact with other people.

Fact of the matter is, for me, the dating world isn’t all fun and games. Unless you want to count the Hunger Games, then it’s actually a lot like that. Everyone’s out there fighting for that special someone to be awkward and gorgeous with and they will gladly kill anyone who gets in their way.

And Jennifer Lawrence is there.

The silver lining in all of this is learning that every journey, be it happy or heartbreaking, has a lesson behind it if you are only willing to listen. Sometimes it takes a few years but it sinks in. Relationships, be they good or bad, are great for learning these little life nuggets. Maybe not from every terrible tinder date but when I have loved and lost, that is when I have learned the most.

So that being said, let’s open up some old wounds!