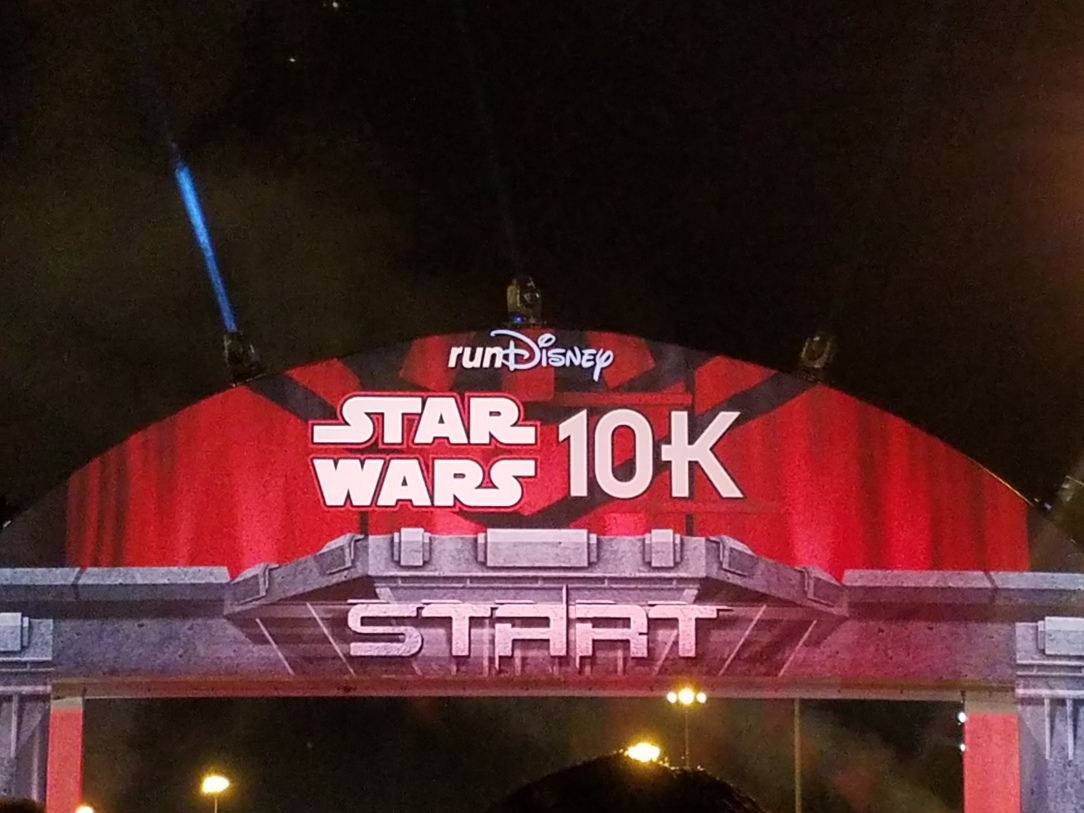 By Josh Gunderson in RunDisney on April 22, 2017
No comments

To save ya’ll the time if you don’t feel like a lot of reading this afternoon: I HAD A WONDERFUL RACE THIS MORNING!

I feel amazing and finished today’s race with a big smile on my face. There wasn’t a personal record set today like during last year’s Dark Side 10k but that was never my intention this morning.

I’ll start from the beginning.

For this race, runDisney decided to do things a little different by starting things off in Magic Kingdom. However, if you were commuting from off-property as I was, your adventure actually started at Epcot.

While runner drop off was available at the start line there was no parking. Anyone driving in was to park at Epcot and shuttle over the Ticketing and Transportation Center for the start of the race.

This resulted in a 3am wake up time since I was stressed about how this process was going to work. Turns out I didn’t need to be as everything was running very smoothly. I was initially intimidated by the line of people for the buses but, truth be told, from the time I got in line to the moment my butt hit the seat in the bus, only about 4 minutes had passed. I was off the bus at TTC six minutes later.

My corral for this morning was “A” and I stuck with that rather than dropping back to join the party with everyone else in “E”. The benefit was not only an early start but barely any lines for characters out on the course.

I skipped meeting R2-D2 who was the first stop on the course and opted for Ezra and Sabine around mile 2. My goal was to get a better picture than last year where they looked great and I resembled a boiled russet potato.

Photos are slowly showing up on the app and I’m happy with how it turned out!

Next up was a chance to sit on the throne of the emperor. I’m not entirely sure it was a throne more than a fancy chair but I’m sticking with it.

We had a quick jaunt to Hollywood Studios where Darth Maul was hanging out. My outfit was an homage to Senor Maul, I decided to stop. This was probably the longest line I was in and we only waited about two minutes. I had a wonderful conversation with a woman from Chicago while we waited.

Time in Studios was minimal and it was over before we knew it. There were some Storm Troopers out on the street so naturally I needed to stop and say howdy. 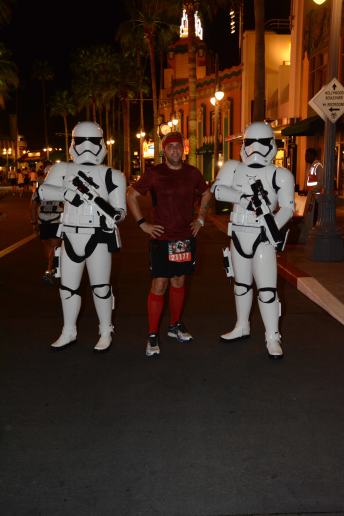 Then it was on to the Boardwalk and into Epcot. Chewbacca was hanging out at the runner entrance to Epcot and had zero line so I jumped over for a sweaty hug and a picture.

It was still dark when I got into the park and Spaceship Earth looked amazing as always so I stopped for a photo. 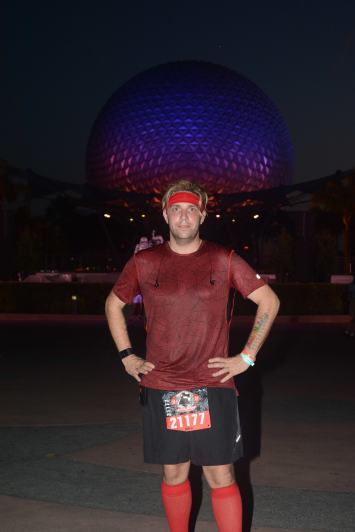 I also paid a visit to the two Storm Troopers who were up on stage a little further down the way. They had no photopass so it was up to my phone to capture the moment.

From there it was a quick run to the finish line.

While my finish time of 1:05:16 was nowhere near a personal record, I am really happy with how the race went. Truth be told I haven’t really run since my last half marathon back in mid-March so I wasn’t sure what to expect.

All in all it was a great morning and a wonderful continuation of the weekend!

For now it’s time to rest up and get ready for the final 13.1 miles of my Dark Side journey! 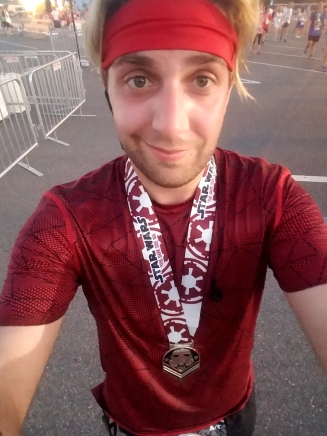