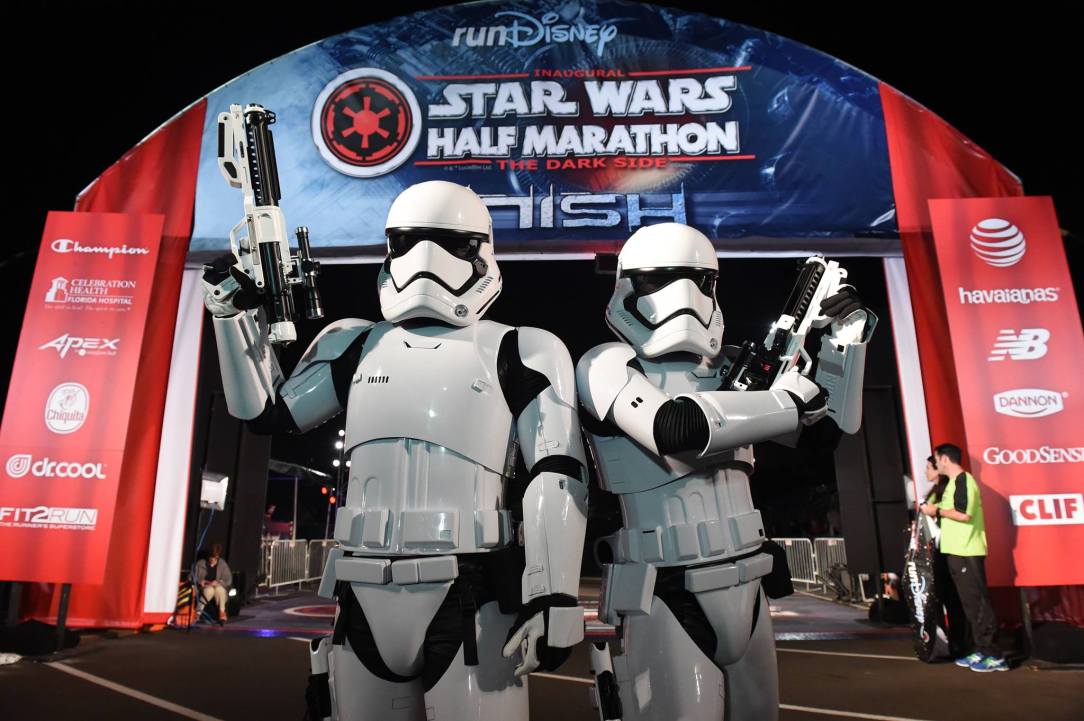 It seems to be the week of exciting announcements coming from all directions! I would like to thank everyone for saving these for the week I was trying to stay off social media and focus on writing my book.

Regardless, I was super pumped to wake up today to find that they have FINALLY released some information regarding the upcoming Dark Side Half Marathon Weekend at Walt Disney World.

Last year I had an absolute blast running these races for the weekend’s inaugural year and I’m really looking forward to returning for a second year. Plus I will be receiving the coveted Kessel Run Medal which runners receive if they have participated in both the Light Side Half Marathon along with the Dark Side.

I had missed out on this in the inaugural year because light side weekend had already sold out by the time they announced that the Dark Side was coming to Florida.

For this race weekend I’m doing something new by participating in every race from the 5k all the way to the half. Anyone who knows me know how much I despise Disney 5ks. Not just Disney ones but I’ve come to be annoyed at 5ks in general. You may recall my mild rant during my Dopey Weekend.

It was really Andy and the lure of the new metal medals that convinced me to run.

Side note: I really hate rubber medals and Disney 5ks are all about them. Thankfully, that has changed.

And by convinced, I mean the conversation with Andy went something like this:

Andy: We signed up for the 5k and we’re going to run it with Gabby.

Josh: Have fun with that.

Andy: The medal is awesome.

Josh: Yeah, it kinda is. But still. I hate Disney 5ks.

Andy: Come on, you should join us.

Doesn’t take much with me.

Anyway. Today Run Disney finally released the Event Guide for the weekend or as they are calling it now, the Event Magazine. (You can’t fool me RunDisney. It’s an event guide and your fancy words won’t convince me otherwise.)

Within its magical pages all new course maps have been revealed which I’m really excited about. Other people not so much. If you happen to be a part of any of the RunDisney groups on Facebook, the grumblings about corral placements and courses have already begun.

This is why I actively avoid these groups. People are never happy and they really just need to take a chill pill.

The 5k course looks to be your typical RunDisney Walt Disney World race. We will start and finish in the Epcot parking lot and we’ll partake in a lovely jaunt through the world showcase. 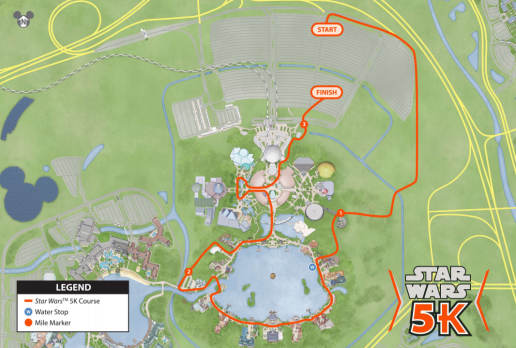 So help me if they don’t project the Death Star onto Spaceship earth like they did for that one event that one time I will write the angriest Facebook post ever. Not really but I will be sad.

I can see how some people are annoyed at the 10k course. Last year we ran through two parks (Epcot and Hollywood Studios) for the races before finishing at ESPN. This year (likely because of all the construction at Studios) we are starting from the Magic Kingdom parking lot and spending a great deal of time on the highways before finishing at Epcot.

EDIT: I totally wasn’t paying attention, looks like we’ll be making a quick jaunt through studios for the 10k! I honestly wrote this post really fast because I wasn’t supposed to be on social media :-p 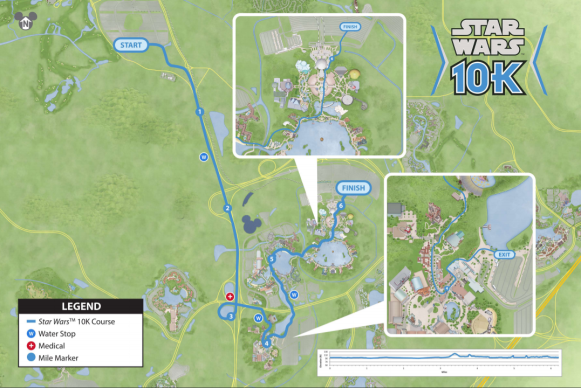 From the looks of it, we’ll only be in one park for a short jaunt.

For the Half Marathon we’ll be enjoying three of Walt Disney World’s four parks for the race. Starting in the Magic Kingdom parking lot we’ll first head towards Animal Kingdom followed by Studios and finishing up at Epcot.

It looks to me like we’ll be enjoying some of the same sights are the Walt Disney World Marathon in January minus a run through Magic Kingdom.

Despite what the good people of Facebook have to say, I’m finding very little to hate about the courses this year. I really enjoy that for the longer races we’ll be starting out on wider roads meaning there will be less congestion as we fall into pace. Sure, paths will narrow as we enter the parks but at that point we’ll all have fallen in step with people in our pace group.

The only and only thing that bugs me is the Magic Kingdom start with the Epcot finish. This means that participants not staying in a Disney resort will have to battle traffic to Epcot first thing in the morning to park only to be bussed to the starting point at the Ticketing and Transportation Center. This is going to mean and even earlier start to the day to ensure not getting caught up in traffic at any point in this process.

But in the end it’s Disney and I’m sure they have done their best to foresee any potential issues and have worked them out. Or they’re going to learn as they go. Who knows. It’s Disney.

Either way, I am looking forward to this coming weekend and I hope everyone else out there is as well.

I’ll be updating with more as we get closer to the event. For now be sure to check out my Tips for Packing for Your RunDisney Weekend as well as How To Survive the Expo!

See you out there!