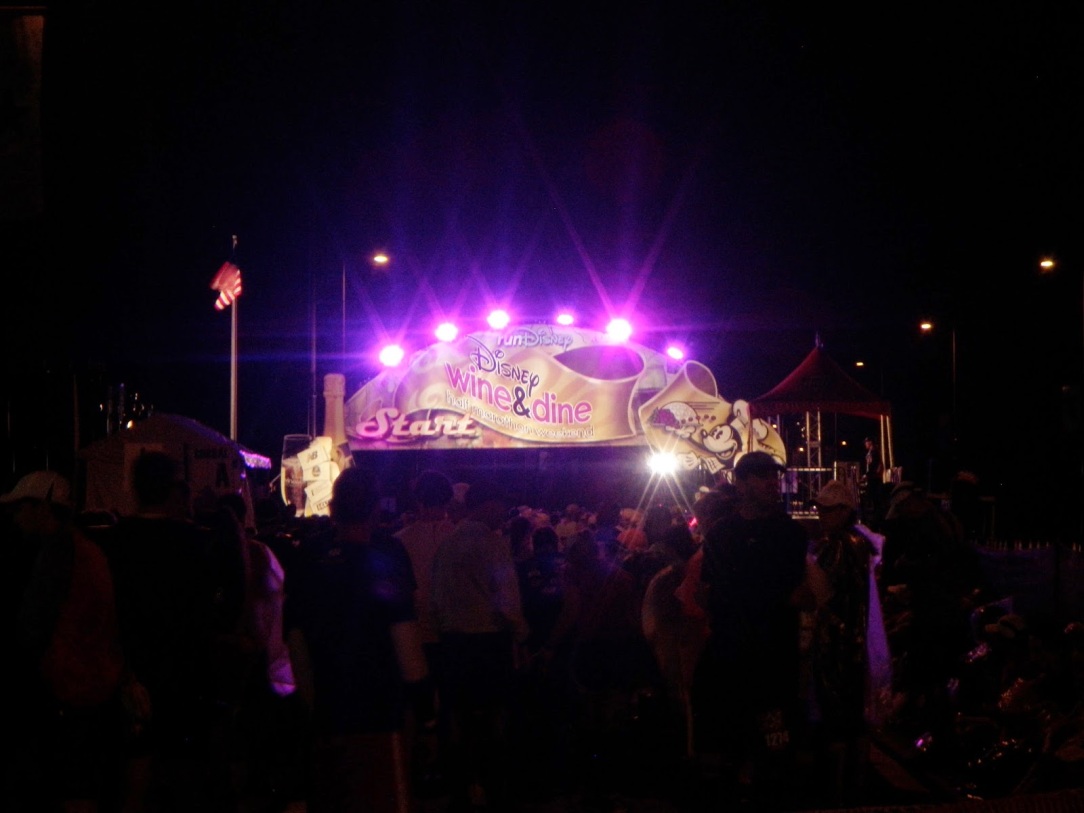 My First RunDisney Half Marathon

Be forewarned that I am in incredibly sappy and reflective mood as I sit down to write this post. Just a few minutes ago, I signed up for the 2017 Wine and Dine Disney Two Course Challenge, the latest edition to the RunDisney Challenge family. I had skipped out on running the Inaugural Challenge in 2016 as I had won entry into the New York City Marathon, which took place the same weekend. I’m also sad to say that this is likely my final Wine and Dine weekend as the RunDisney price tags are getting to be a bit much for my wallet. Not to say I’m doing away with RunDisney entirely, but I am going to be a tad more selective moving forward.

Anyway. I’m all sappy because Wine and Dine was my first ever Half Marathon back in 2014. I had signed up on a whim earlier that year. This would be my second ever race following on the heels of the Tower of Terror 10-Miler. Literally my thought process was “It’s just three more miles! Might as well!”

So I signed up.

It was also during this race that the idea of blogging about running came to life. It just took me almost three years to get around to it.

My friend Leslie and I were both running our first Half Marathon and we were clueless as to what we were doing. Something that really bugged us was that the speakers they have at these events were all sorts of experts in running and nutrition. Where was the regular Joe? You know, the people that make up a vast majority of the population of these races? Someone who was like me?

That would have been nice.

That’s what I’m hoping to accomplish over the lifetime of this blog. Obviously running isn’t the only thing I write about but it certainly has become a big part of my life and adventures. I would like to offer some insight from someone who isn’t and Olympic Athlete or running professions (yes, apparently those exist and I am not one of them).

Leslie and I began our running adventure like all must, at the RunDisney expo. I nervously picked up my bib and went through the motions of picking up my gear bag and tech shirt. We wandered the expo floor for a bit with no intention of looking at anything. We were both novice runners who at this point only had one race each under our belts. Me with the 10-miler and her having run the 5k that same weekend.

Back in 2014 Wine and Dine was ran at night as it had been since its inception. This tradition thankfully ended in 2015 after repeat bad weather continued to plague the race. 2016 saw a move to the morning as well as the addition of the challenge.

While this was my second night race, getting prepared for the event was still a task. There were many blog posts and articles to be found about training for a night event but a regular training plan was hard enough to fit into my busy life much less trying to run at night. This lead to a long day of trying to relax.

I spent the day relaxing at home, trying to nap when I could and making sure to keep myself properly fueled. The pre-race nerves were extraordinary and I felt myself watching the clock, waiting for the time to leave to head out to meet Leslie.

I had also been nervously eyeing the weather all day as reports of rain were threatening to make for an interesting evening. Sure enough we found ourselves in a downpour earning 2014 the name “Splash and Dash Half Marathon”.

Side Note: I have every intention of writing up a “Racing in the Rain” post very soon as I have learned a whole lot since this night!

Leslie and I were both starting in the very last corral of the race. As we had never run a qualifying race we had no proof of time to submit to RunDisney and ended up starting last. This was a tad nerve-wracking as the dreaded balloon ladies were be on our trail for the duration of the race.  We spent a good chunk of the time in the corral doing the mental math about how much time we had to actually finish and not get pulled off the course.

Then came the waiting. We listened as the 11 corrals before us took off and then sure enough, it was our time to shine.

Having been unprepared for the weather we started off the night cold and soaked to the bone. We were determined to own the course and so we headed out with our heads held high albeit a bit wet.

Not too long into the race Leslie and I parted ways. In the moment I was feeling fast and loose and took off ahead of her with her blessing.

As it was raining out there were no entertainment offerings out on the course which I was okay with because I was able to focus on the run.

Around mile 8 or 9 I started to hit the wall and my pace began to slow. I was cold and wet and not having the best time. I has already decided I was all set with ever running a half marathon again (we all know how that worked out!)

The universe, around mile 10, decided that Leslie and I would be finishing what we started together. I happened to look over and spotted her running just a few feet in front of me. I caught up and we plugged away at the last 5k of the race.

Crossing the finish line was easily one of the greatest feelings in the world. At that point the rain had slowed to a stop and people were heading into Epcot to enjoy the after-party.

This is also when I discovered the symptoms of dehydration. While waiting in line for security to enter the park I started to feel super nauseous and my vision turned black. I sat down and felt better but Leslie went and grabbed a medic just in case. By time he got to me I was feeling okay and just wanted to sit for a bit.

The decision was made to skip the after-party and head home. I am quite a baby when I don’t feel 100% and I just wanted a shower and my bed. I was also starving so I also wanted food. We already had plans to terrorize Epcot later that evening with friends anyway so it seemed redundant to head into the park anyway.

Looking back on it all now, I honestly wouldn’t change a thing about the experience we had during that first race. Sure, there were no characters to meet, it rained the entire time and we didn’t go to the after party, we still had the time of our lives.

We finished that half marathon in 2 Hours, 46 Minutes and 11 Seconds. This was about 45 minutes faster than I had anticipated and, with that PR under my belt, became the time to beat. Since then I have managed to shave a good chunk of time off that first race with my fastest half coming in at 2 Hours, 1 Minute and 58 Seconds. So close to getting under that two hour mark, one of my many goals for 2017! Maybe even at Wine and Dine. Who knows!

So my first half marathon was far from perfect but the lessons learned in the 24 I’ve run since then have proved invaluable. My hope is to continue to share my experiences with you all and provide some insight in how the rest of us run out there. Granted my race tactics might not always be the best for you and that’s okay. Erica is one of my favorite running buddies and our way of tackling races greatly vary from one another. What’s important is the learn to listen to your body and do what’s best for you!