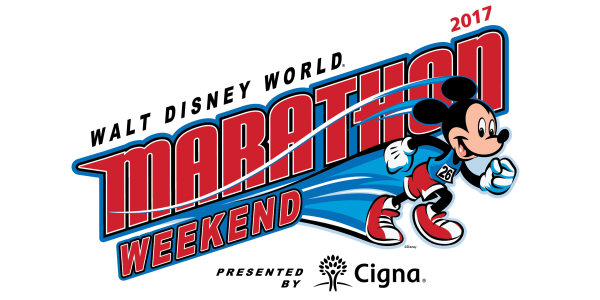 The conclusion came at roughly 3:30am on Friday morning that the thing that was going to kill me wasn’t the Dopey Challenge itself but was the early wake up times.

This was actually something I anticipated. Read any review of the someone running the Dopey Challenge and you’ll hear all about how waking up early four days in a row is the worst.

My alarm buzzed at 3:30am and I begrudgingly left my warm bed to get ready for the race. When I left my room I was met by Erica who was not feeling well. Despite the two of us eating the same exact foods all day on Thursday, she ended up with food poisoning.

I sent her back to bed and took off to the 10k solo.

My plan for the race was a tad different from the 5k. I still wanted it to be over as soon as possible but I wasn’t opposed to stopping here and there if there was a worthy character stop.

Back to Corral B we started the same as the day before. The 6 corrals had be split into further waves, resulting in a total of 24 starts to the race. I was the 5 start to head out and it was much of the same from the 5k.

The first mile was a frustrating zig-zag to get around slower runners who were basically walking the race.

Again, it’s great to be placed in the upper corrals but know your ability and seed yourself further back either within the corral or into a different one.

This frustrates me simply because it’s a safety hazard. A few times I had to leave the paved road to get around groups of people walking together and more than once almost fell.

I sense a post on runner etiquette coming sooner rather than later.

After the crowds thinned in the first mile it was smooth sailing. I ran a solid four and a half miles before my first character stop. Mickey and some friends were hanging out in America dressed in colonial gear and I couldn’t resist. The line was crazy long but I felt it was worth adding a few minutes to my time.

We’re here for the experience!

Following my photo-op I continued through world showcase. I stopped again at Spaceship Earth because I had done it the day before so why not?

Pluto was hanging out at the ESPN restaurant and I couldn’t resist. I’m bummed with the picture simply because I was wearing black and was standing against a black background. Basically I was a floating head with arms. Not flattering.

Having stopped three times for pictures it just made sense to stop and see Tigger and Pooh was we re-entered the world showcase.

I crossed the finish line at just over an hour and headed home.

Erica was still sleeping when I arrived and I took a quick nap before we had to leave for breakfast. She woke up feeling a million times better and we headed out for the day.

Breakfast was at Kona Café which I have done before but Erica hasn’t. We are like kings. Again, I highly suggest it.

I know it sounds like I’ll recommend every place we eat but truth be told there are some places that I regularly avoid.

Once again ignoring all advice on running Dopey our next stop was the Animal Kingdom for a day of fun.

I will tell you right now, as much as I love Expedition Everest, it’s not the best ride after a big breakfast. It will mess you up. But it’s still one of my favorite rides at Disney so I’m not even going to be mad about it.

Our next stop was Festival of the Lion King which is easily my favorite entertainment offering in Disney World. I could watch it all day long and never get sick of it. The cast was on fire and we left the theatre grinning like idiots.

The last stop on our whirlwind tour was Dinosaur. I hadn’t been on it since they had refurbished it last year so I was excited. Right up until I stopped being excited. About halfway through the ride we abruptly stopped and flood lights illuminated. An announcement told us that they were experiencing technical difficulties.

This resulted in the most miserable ten minutes of the whole weekend thus far. We were trapped on board with a gaggle of unruly and foul-mouthed teenagers who complained the entire time we were stuck there. Apparently they needed to be catching their bus and were running the risk of being left behind. We got to hear all about it through whining and swearing.

Just when I thought I was going to experience my first ever ride evacuation we started up again. Things still weren’t working properly so we concluded with a sub-par experience but sometimes that’s the way it goes. I just wanted to get away from those teenagers.

Next stop back to Disney Springs for Dinner.

Back in 2016 before the marathon we had gone to lunch at the T-Rex Café where, in the gift shop, there is a build-a-bear shop featuring Dinosaurs. I, being a child, built myself a Dinosaur named Blank who became my cuddle buddy while I was going through taper-madness.

Wanted to keep up tradition, Erica and I returned to the shop where I built Bruce.

We met up with Carmela and Andy for dinner at Blaze Pizza.

Following dinner, we decided for dessert at Sprinkles. Erica had never been to either place so we had to. Plus sugar.

This is where something worse that getting stuck on Dinosaur with annoying teenagers happened. The announcement was made that the half marathon was cancelled.

I’m going to go ahead and call it now, there is nothing more depressing then standing in the middle of Sprinkles, waiting for your brownie sundae, crying.

But that’s what happened.

I was the burning definition of a hot mess. It took a lot to calm me down but there wasn’t much to be done. We finished up dessert and parted ways, heading home to wait for further information from runDisney about what was going on.

We got home where I sat at wrote a blog post that soon went viral after being shared by fellow runners. You can read it here.

I was too upset to sleep so bed time became somewhere around 1am.

While I was upset I wasn’t going to let it ruin the day I had, spending time with great friends and laughing and having fun. One small moment isn’t allowed to ruin all the big ones.